From: Derinkuyu To : Aksaray
Duration : 1 Days

From: Nevsehir To : Cappadocia
Duration : 1 Days

From: Urgup To : Göreme
Duration : 1 Days

From: Göreme To : Urgup
Duration : 1 Days 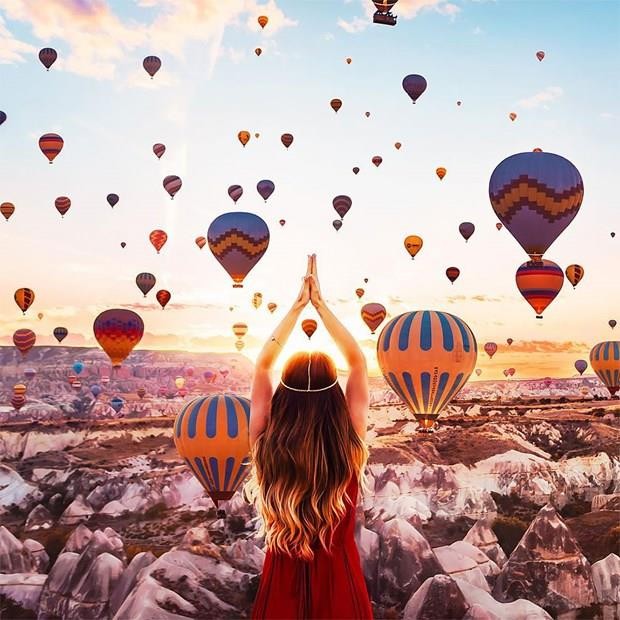 How to Go to Cappadocia

Cappadocia has two Airports; Cappadocia Nevsehir Airport and Kayseri Erkilet Airport and number of bus stations. You fly to Cappadocia via Istanbul Airport from many countries. There are also many options on domestic flight within Turkey. If you want to take a public bus then that is too available from most cities of Turkey. You can also choose to drive up to Cappadocia in your own transport with many comfortable highways.

All Inclusive Vacations in Cappadocia

Although Cappadocia has no all inclusive vacations but the tour packages combined with resorts of Aegean and Mediterranean. In Cappadocia, you will find almost one thousand luxury hotels that offer cave style Cappadocia holiday packages. Some hotels in Cappadocia region provides cave-like accommodation.

What is all inclusive concept in Cappadocia ?

All inclusive means that you will get breakfast, lunch and dinner, plus snacks interim meals in between. All local alcoholic beverages to include wine, beer, vodka, raki, gin and all cold and hot non-alcoholic beverages served at free of charge that comes through all inclusive concept through combined Cappadocia packages. This includes the facilities of sauna, Turkish bath and such to be at your service at no charge however, any personal treatment service as massage would be an extra.

What is ultra all inclusive concept in Cappadocia ?

Ultra all inclusive means that you will get breakfast, lunch and dinner, plus snacks interim meals in between. All local alcoholic beverages to include wine, beer, vodka, raki, gin and all cold and hot non-alcoholic beverages served at free of charge also some imported luxury beverages such as imported whiskey, vodka etc. that come through ultra all inclusive concept in the packages combining Cappadocia with resort destinations. This includes the facilities of sauna, Turkish bath and such to be at your service at no charge however, any personal treatment service as massage would be an extra.

Cappadocia is very famous and unique destination for the wedding organizations. In Cappadocia, you will enjoy cave style hotels and cave rooms, wonderful valleys, fair chimney views like nowhere else before. All this only available in Cappadocia. If you are planning on a wedding, you may have your ceremony in a cave ballroom or outdoors by a fair chimney in the middle of vast valleys. Cappadocia is a unique destination for the ones willing to have a special wedding ceremony. Cappadocia is very famous of all cave hotel concept, indoor and outdoor ceremonial venues. As a wedding planner in Cappadocia, we provide the wedding venue whether indoor or outdoor, private beach party, henna night, wedding night organizations, complying with groom and bride’s special requests. If you require an equipment company, as an event organizer in Cappadocia, we would be happy to provide all that you may need such as sound systems, decorations and entertainment along with many other availabilities.

We also provide you all kinds of meal menus as per your request including Indian Cuisine with Jain, Veg or Non-Veg options. International cooks can prepare any dish you may like or bring your own chefs for an exclusive feast. For large wedding groups in Cappadocia, we can provide private charter flights, yacht cruise, private transportation, private sightseeing, private airport transfers, private assistance and decorations and all other exclusive requests to be done by us destination wedding company in Cappadocia.

The wedding is one of the most special days of the couples and relatives. Our Company ‘Travelshop Turkey’’ as an International Wedding Planner in Turkey, Cappadocia, provides the best service for wedding groups for the wedding in Cappadocia Turkey by combining the culture of each couple anywhere in the world with our culture ‘’hospitality’’ since we attach importance to the wedding will be held in Turkey. We are very happy to share the common joy with the wedding groups of different cultures who came from different parts of the world. Each wedding for us is a new culture and new friends. If you are looking for a destination wedding company in Cappadocia, we are here to help.

Cappadocia is very famous and unique destination for the MICE and Incentive organizations. In Cappadocia, you will enjoy cave style hotels and cave rooms, wonderful valleys, fair chimney views like nowhere else before. All this only available in Cappadocia. If you are planning on a MICE and Incentive event, you may have your organization in a cave meeting room or outdoors by a fair chimney in the middle of vast valleys. We can also cater your group with extraordinary activities in this exceptional destinations.

Also, for an exploration on a deep level, The Derinkuyu underground city (Cappadocian Greek: Μαλακοπή Malakopi) is an ancient multi-level underground city in the Derinkuyu district in Nevşehir Province, Turkey, extending to a depth of approximately 60 metres (200 ft). It is large enough to have sheltered as many as 20,000 people together with their livestock and food stores. It is the largest excavated underground city in Turkey and is one of several underground complexes found throughout Cappadocia. You can visit this bizarre structures and a lot more like it with Travelshop Turkey privilige.

The Turkish Night Show highlights the dance traditions of various regions of Turkey, complete with traditional costumes and of course, exhilarating belly dancers. This lively performance is a great way to enjoy traditional Turkish music, dancing and join in the festivities during audience participation in cave venues and underground locations. You can experience thsi magical activity at night with Murti’s Tours. Some other options would be Daily Turkish Night Show and Daily Whirling Dervishes.

We can provide you private airport transfer services in Cappadocia. All you need to do is to inform us your arrival and departure times with flight codes and number of your pax.

We can provide you coaches, vans and rent a car in Cappadocia upon your requests. All our vehicles are fully insured and has brand names that are equipped with all your necessities. If you need a rental company in Cappadocia, we are happy to provide the best services at competitive rates.

In Cappadocia, we will assist you in renting a motorbike and provide quality rides at best prices.

What is a Cave Hotel in Cappadocia ?

Carved out of rocks, these structures are amazingly beautiful where no concrete is used and all naturally made. Usually located on the hilltops, no balconies or elevators attached with a single or no windows available. Cave hotels usually contain the climate as on winters warm and summers cool comfortably. Cappadocia has many such type hotels with sauna, Jacuzzi and Turkish Baths as far as facilities go and Murti’s Tour/TravelShop Turkey works with many of the cave hotels in the region. For your special occasions such as honeymoon, weddings and any other, Cappadocia’s cave hotel rooms are exceptional chose to make.

Any Indian Restaurants available in Cappadocia ?

As special location as it is, Indian cuisine is served in Cappadocia. In Cappadocia, Indian Bollywood Restaurant serves all the authentic food with its originally Indian Chef preparing Jain, Veg or Non-Veg meals. This special restaurant Indian Bollywood Restaurant has panoramic views of morning take off of Hot Air Balloons and at night, you can enjoy the bar accompanied with the skyline of the valleys by the window.

We would like to give you some information about Cappadocia.

The strange but beautiful formation of Cappadocia has had this appearance for millions of years. When the volcanoes in the region were active, the lava which poured out covered all previously formed hills and valleys forming a high plateau. It is estimated that there are more than 600 rock-cut churches in Cappadocia. Walls were covered with beautiful frescoes and they were also influenced by the Iconoclast period in the 8C and 9C. The underground cities in Cappadocia are unique too. No one knows when the underground cities of Cappadocia were built, perhaps in Hittite times or as late as the 6C AD. Another region worth to visit in the area is the famous Ihlara Valley. Ihlara Valley (Canyon) is a deep, narrow river gorge cut through the tufa by the Melendiz River. The canyon runs for 20 km / 12 miles offering one of the most enjoyable trekking routes to those people who can spare the minimum of half a day. In the canyon there are about 60 churches, monasteries and cells of anchorites. There are also loads of activities available in Cappadocia: hot-air ballooning, horse and camel riding, trekking, biking the list goes on.

When you book your Cappadocia Holiday in Turkey with us, you have our guarantee that no promises will be left broken, that every aspect has been taken into account for your enjoyment, and all the hard work is done on your behalf. Our Cappadocia Tours in Turkey cover historical, cultural as well as culinary, ecological, Natural and Ecological aspects and other religious themed tours as Biblical are Islamic and Jewish tour packages on offer. You can check out our guaranteed departure tours Cappadocia available. Our Cappadocia tour packages in Turkey are offered with private and regular prices from 1 pax to 40 pax. You can get better rates for the number of pax for your Cappadocia Vacations.

We are one of the largest Tour Operators in Turkey with our office in Istanbul and have all services available through the remarks below.

As a Turkish Tour Operator, we will provide you the best services possible at the highest quality with affordable rates and without any broken promises.

Most importantly we want to offer the best and the most efficient Cappadocia Tour vacations throughout Turkey, whilst maintaining quality of service, quality of life and value for money.